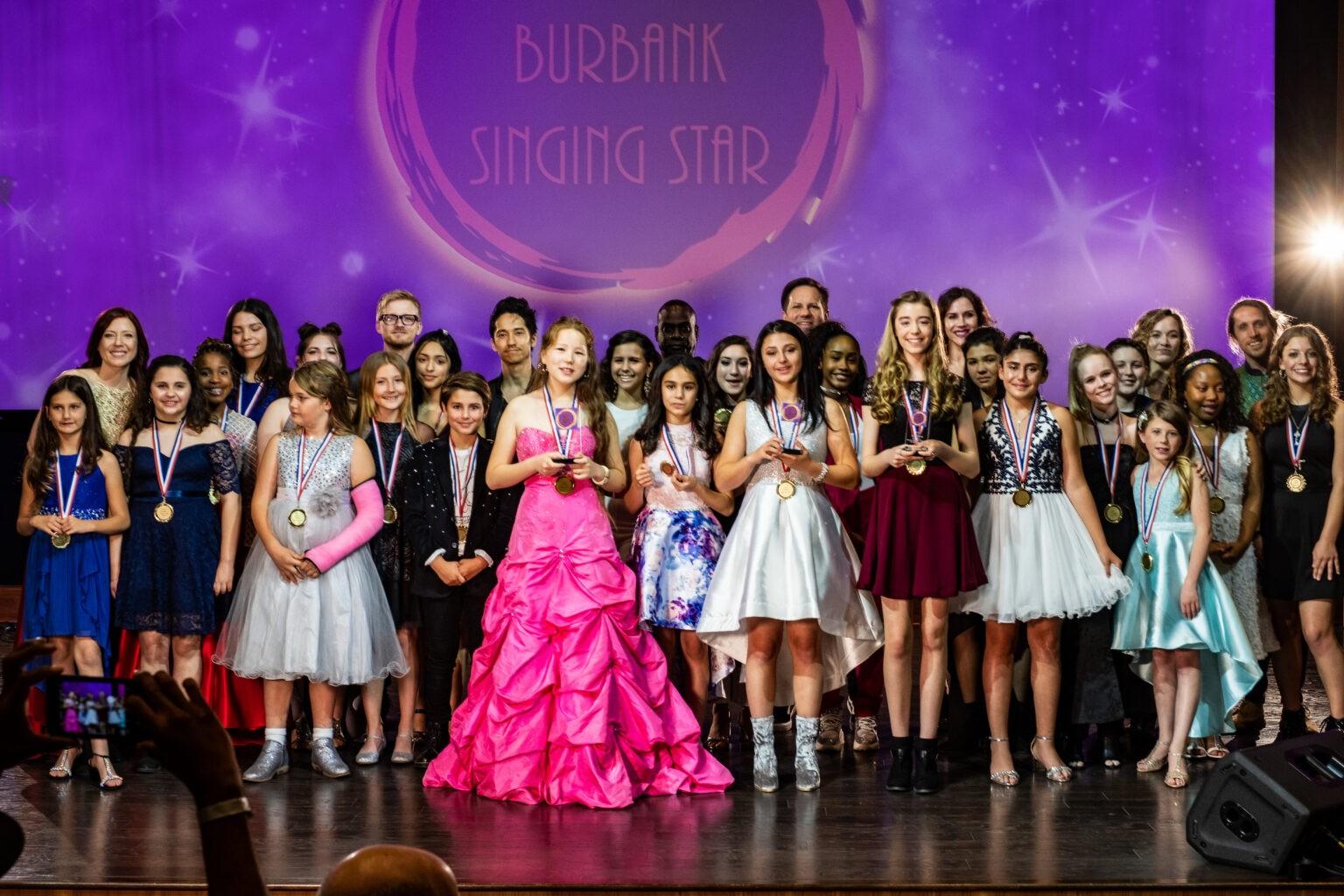 Past winners have gone on to be featured on Good Morning America, performed with “Dreamgirls” Jennifer Holliday (Malea Emma), joined the Kidz Bop cast, and have received opportunities with Radio Disney.  Since the inaugural event in 2016, the competition’s reach grows every year with attendees now reaching more than one thousand.

“This was a really exciting year for Burbank Singing Star!” says Music Junction’s Charissa Wheeler, creator and Master of Ceremonies of the event, “We had incredible talent, and we were so excited to have Radio Disney included in our Grand Prize Package and on the celebrity judge panel.”

Prizes for winners are designed to support their development as young artists. First place winners were given the opportunity to express their unique voice when they develop their own original song at the Music Junction and record it in a professional recording studio with Multi-Platinum Music Producer Stefan Lit. The winner will also have a meet & greet and be a guest on Radio Disney. All winners received musical instruments like piano keyboards & guitars, and music lessons, as well as professional headshots.

HIGHLIGHTS FROM PAST BURBANK SINGING STARS: 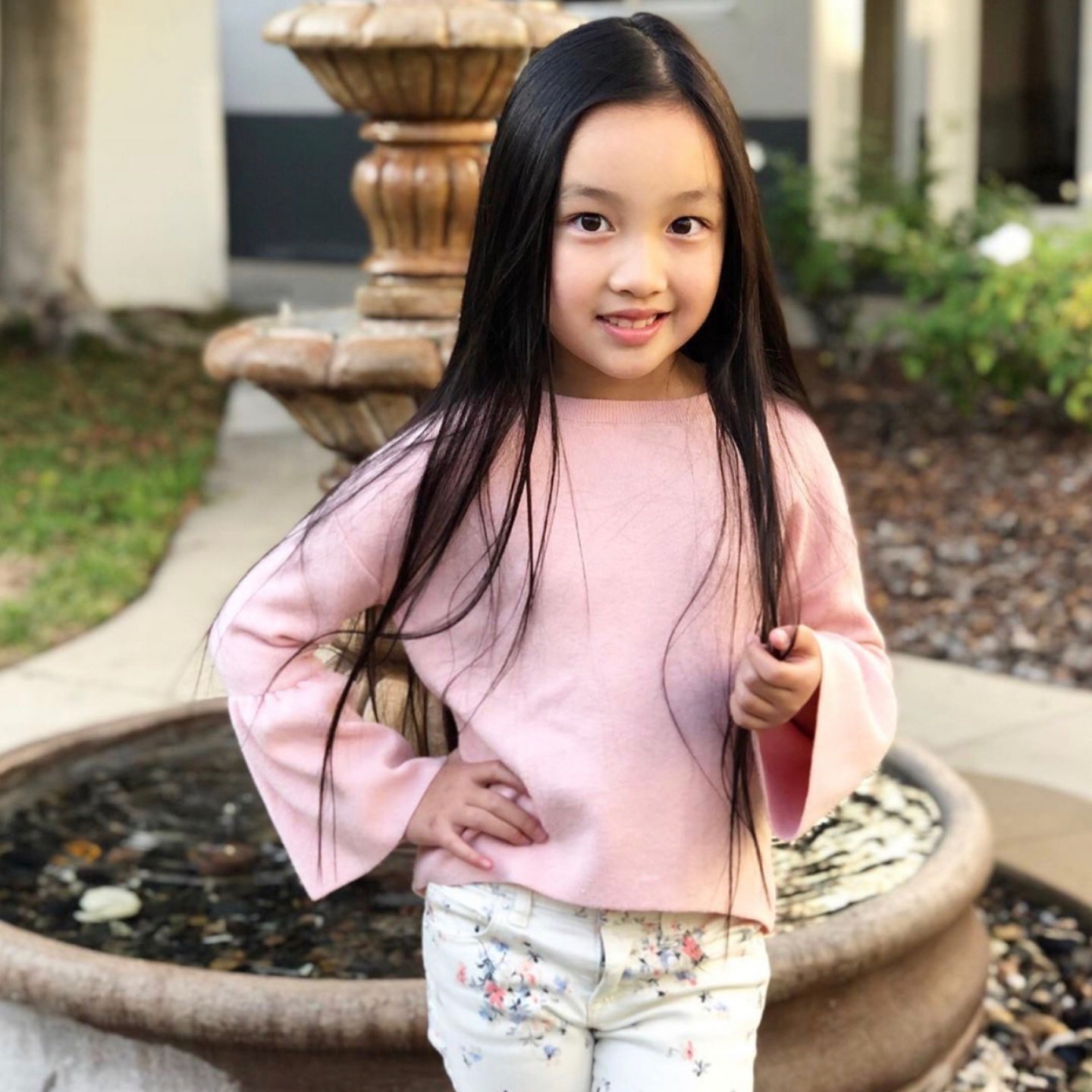 After Malea Emma was among the winners in the 2016 and 2017 Burbank Singing Star contests at ages 4 and 5, she went on to an exciting career! Her National Anthem singing video went viral in September 2018 and she was asked to sing on "Good Day LA" with Jennifer Holiday! Since then she has sung the National Anthem more than 30 times in major sports games (NBA, MLS, MLB, NFL, NHL, Nascar, etc.) She was invited to sing in front of American Idol judges, Katy Perry, Luke Bryan, and Lionel Richie and was awarded a "Golden Ticket" even though she was too young to compete. She also guest-starred in Disney Channel's "Coop and Cami Ask The World" and "Raven's Home." Great job Malea!! 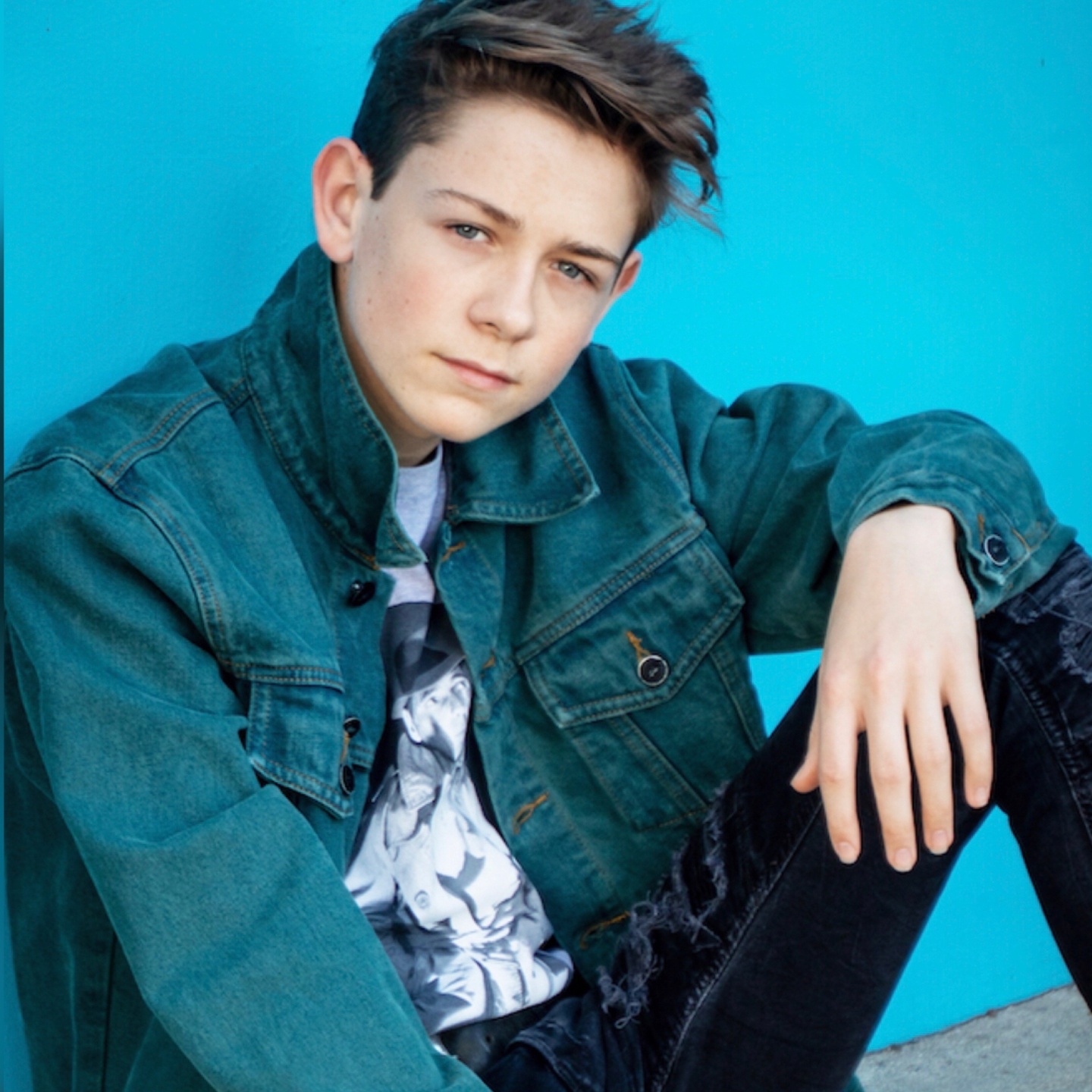 Pro Guest singer in our Burbank Singing Star 2019, Dakota Lotus has an amazing acting career playing Coop on Disney's "Coop and Cami Ask the World". He also recently wowed audiences with his incredible singing and dancing talent as the leading role in Kenny Loggins' production of "Footloose". Dakota, you are on fire!! 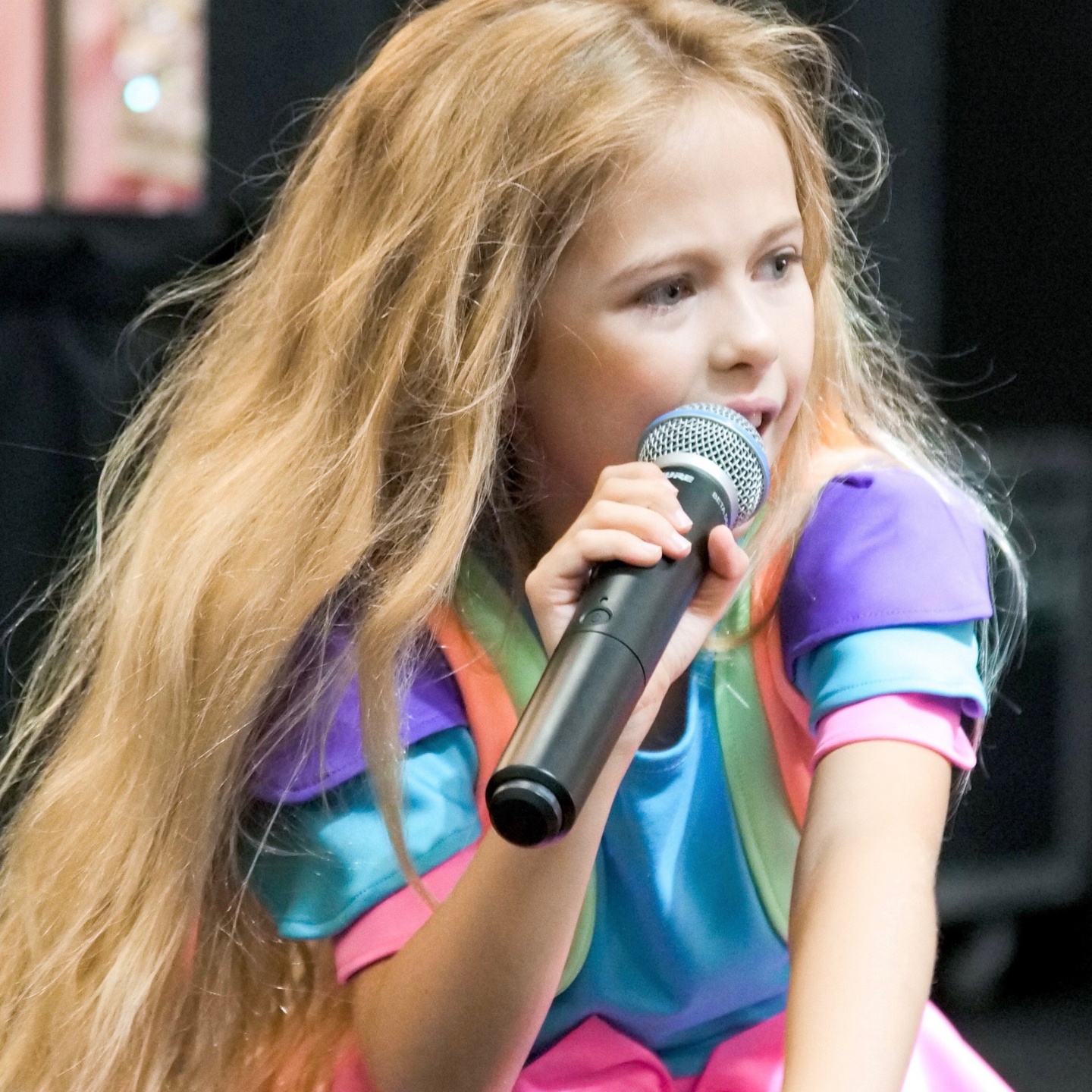 Two-time Burbank Singing Star Finalist Sam Pio is an 8-year-old actress and Christian recording artist, who is now in the middle of producing 2 albums, and a 26 episode TV show called “Love At Work“.  She recorded her first MP along with 7 music videos at age 6. Great job Sam! 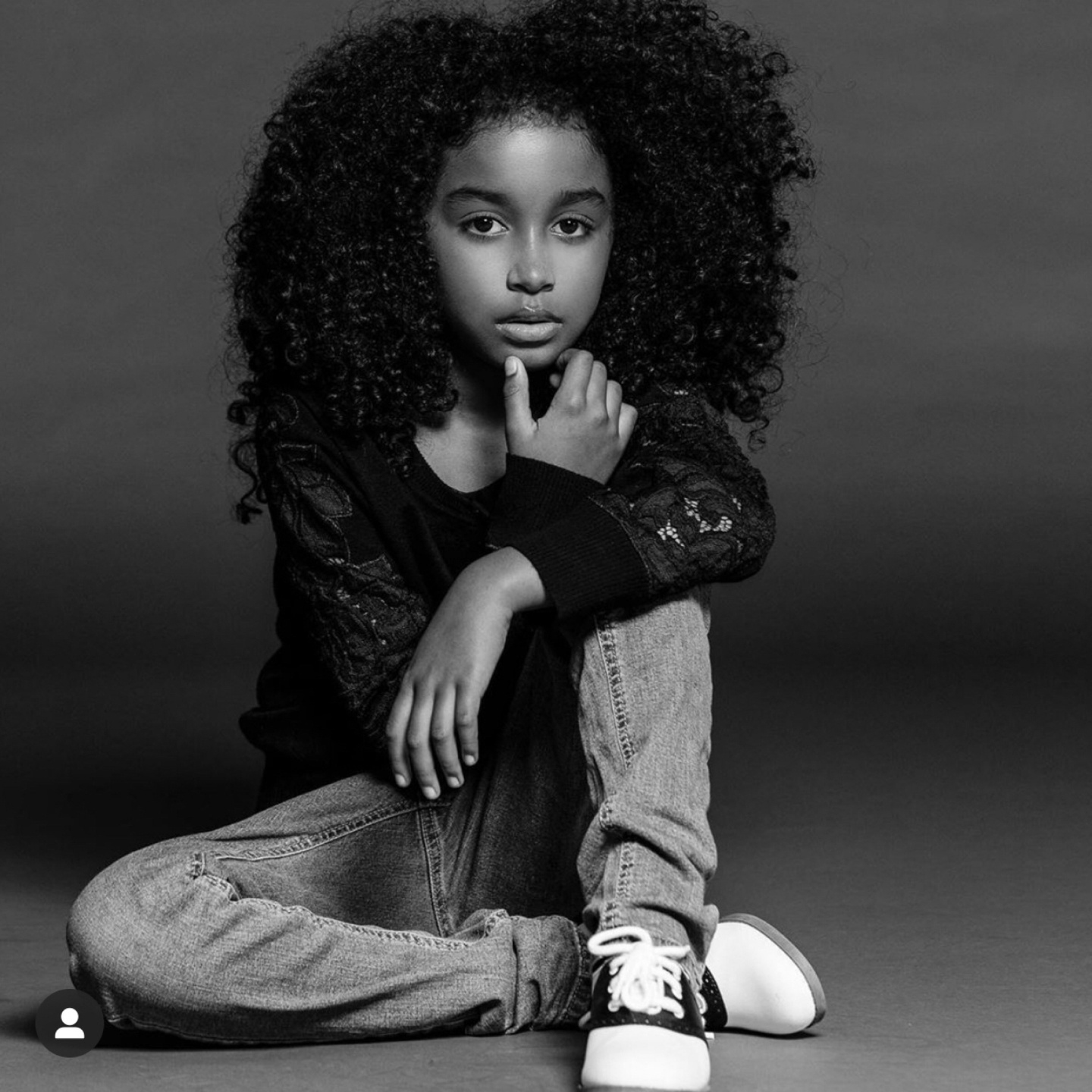 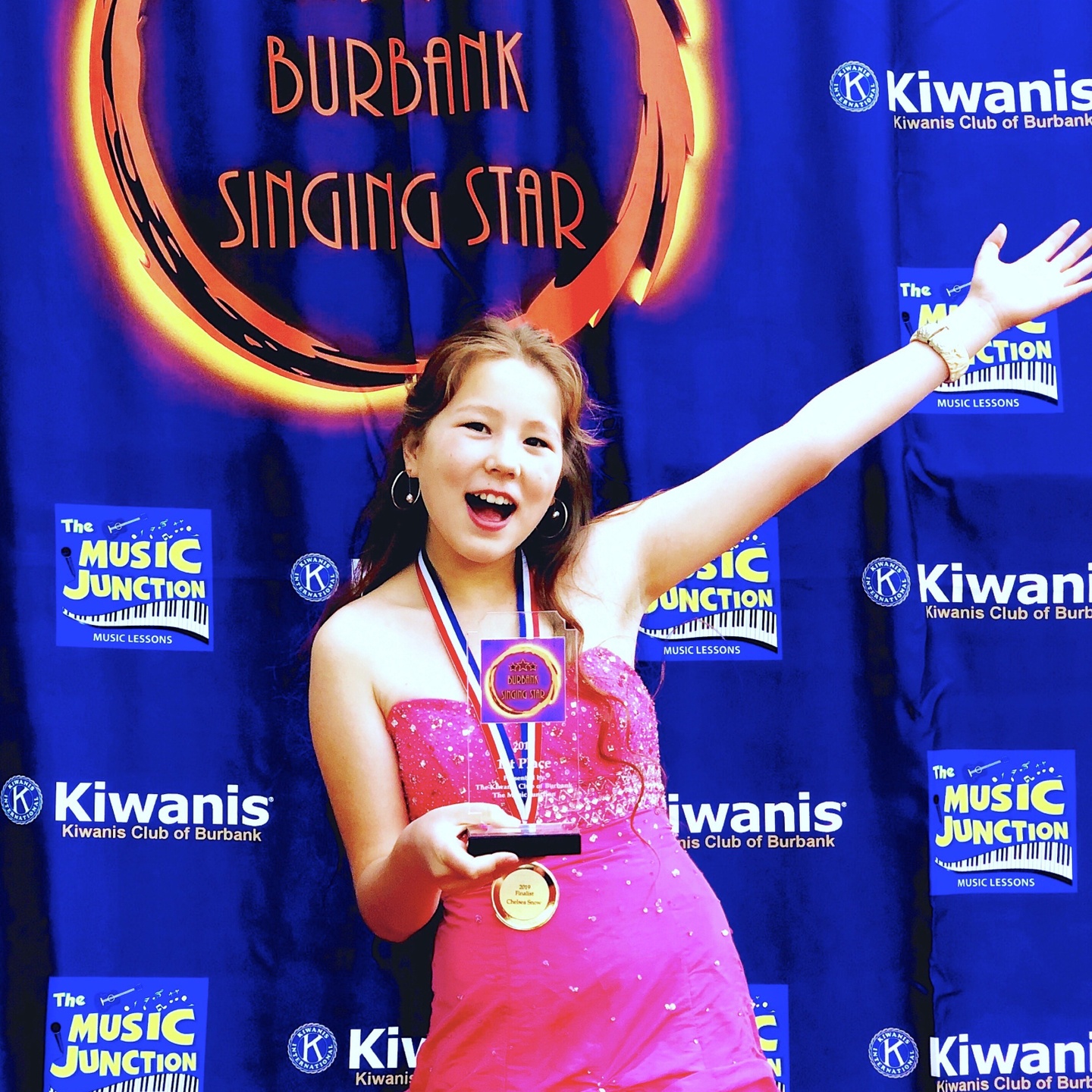 Chelsea was a 2019 Burbank Singing Star 1st place winner! She went on to win thirteen singing competitions nationally and internationally in 2019. Including winning three gold medals and a silver medal for Team USA at the World Championships of Performing Arts 23. Go Chelsea!!